No matter your cultural background, political affiliation or geographical location, music bonds us together. As top musicians would say, music is everywhere. There is no doubt that listening to music is therapeutic. However, there is a clear distinction between good music and clatter. As a music enthusiast, you can know when you hear a good sound. Apart from the quality, the combination of notes makes all the difference in producing good music. Importantly, the ability to create music is not for everyone. This is what separates a shrewd music producer from the rest.

Gen Nady is a music producer, songwriter, composer and saxophonist. His musical journey has not been easy. After graduating from the Baku National Conservatory in Azerbaijan as an arranger and Saxophonist in 1992, he was left homeless and without a country following the break of civil war. Conflicts between Armenia and Azerbaijan during the separation from U S S R made his stay in the latter, untenable. He applied for Russian citizenship, which was ultimately denied. Gen’s refusal to participate in the Azerbaijan-Armenian war put him in bad light with the Azerbaijani military regime, forcing him to flee to Cuba and later Latin America.

Gen resolved to start a new life in Latin America, studying Afro - Cuban, Afro - Peruvian & Latin Jazz music. As fate would have it, he has worked with the best musicians Latin America has to offer. Grammy nominees such as Susana Baca and renowned Peruvian percussionist Julio Algendones are some of the World music icons he has worked with. During his stay in South America, he took a different approach to music and mastered new styles e.g. Festejo, Lando & Zamacueca. He also grasped sounds from Brazil, Argentina, Colombia and Chile, and managed to develop a unique multicultural fusion, from these varieties. His career as a performer was born, when he started touring the Americas, highlighting his works in various concerts and live shows. He also worked as a music producer and collaborator for top Latin American Rock, Jazz and Pop artists, producing numerous live concerts for these elite entertainers. After 10 years in Latin America, it was time to move on in search of greener pastures. The U S A was his next destination, and when the opportunity called, Gen Nady grasped it with both hands. Nevertheless, he felt indebted to his Latin American friends and he could not leave without showing his gratitude. For this reason, Gen dedicated his life to supporting various educational and charitable organizations that focus on the welfare of children and teenagers, throughout Latin America. He worked closely with Government-supported sponsors such as the Yamaha Musical Instruments & the National Institutes of Culture to change the lives of the youth in Latin America, positively.

Moving to the USA had its fair share of struggles. It took Gen a considerable amount of time to get a foothold of the music industry in the country. Nevertheless, his hard work finally paid off in October 2008, when he got his big break as an eclectic performer, producer and composer. The Wilshire Theatre came to life when he presented his ground-breaking World Music and Electronic Multimedia project. The project brought together elite artists from South America and Spain, who gave a scintillating performance in honor of the invited guest, Quincy Jones. Jones is affiliated with numerous charity organizations such as the Millennium Promise and Malaria No More. The concert was hosted by renowned writer Tony Robbins, who is also a famous motivational speaker. After that splendid performance back in 2008, Gen Nady’s star has been rising tremendously. His ability to move freely from EMD to Rock, Jazz, Pop, Soul and R & B has endeared him to many artists and music fans. He has worked with top producers and shared the stage with highly rated artists such as Justin Timberlake, Kenny Drew Jr., Drum and Percussion star Alex Acuña, Herbie Hancock of the Thelonious Monk Quintet. Others include Baron Miller, Kenneth Crouch, Jerry Brown, Holland and Europe Saxophone Star Hans Dulfer, Latin America Pop Stars Jorge Pardo, Jon Secada. Patricia Loayza, Armenian and Middle Eastern Pop star Andy Madadian and many other composers, producers and musicians worldwide.

Gen Nady is a recipient of the Hollywood Music in Media (HMMA) Awards, which is another feather in his cap of achievements. The HMMA awards honors music in films, movies, video games, commercials and trailers. This prestigious award recognizes quality soundtracks that made a difference in the box office. His expertise in producing quality soundtracks for films, movies, commercials and television programs is unrivaled.

The most recent project that he has produced in 2017 is the Nomadic Love EP. Nomadic Love was mastered in New York City by Marc Urselli, who is one of the best producers and sound engineers of our era. The project falls under the World Music genre. It combines a wide array of music categories and rhythms including ethnic folk beats, rocks beats fused with original melodies and analog synthesizers. Additionally, all songs are performed by top rated singer, Madina Amin. Special appearances include Dave Weckl and Dave Frangioni from the U S A on the drums, Mauricio Rodriguez from Cuba on the Bass, and Hernesto Ermosa from Peru on the Flamenco Guitars.

So what is unique about Gen Nady?

If you are looking for an eclectic music producer who understands a wide array of music genres, then your search stops here. A number of Gen Nady’s clients say that his sound is unique. Where else can you get a Russian - American producer, who was born in Azerbaijan, and spent a decade mastering Latin American music? Additionally, Gen Nady has spent his entire life learning and fusing different music styles from different cultures worldwide. Music Production

Gen Nady has years of experience working with a number of independent artists, bands and budding filmmakers and actors. He has vast experience in music production as well as video production. His association with top production houses and highly credited directors in the US, Europe and Latin America sets his work apart from the rest. He can fuse different styles of music to create a unique genre that defines your personality and style. Having stayed in Eastern Europe, Latin America and finally the USA, there is no doubting that he has seen the best of all genres. Whether you want a single, or a complete album, you can rely on Gen Nady for great music content.

Music is not his only area of specialization. Gen Nady has vast experience in producing live shows in collaboration with Dreamscape Studios from Los Angeles and The Avenue of Sound record studios from Miami. Others include Jensen communications and Universal Studios. Considering his expertise in producing soundtracks for films and movies, budding filmmakers should look no further. Upcoming artists and talented musicians finally have a producer who understands their tribulations.

Gen Nady’s passion for music defines his work. He puts more emphasis on artist development rather than produce music for financial gain. The music industry is dynamic, and changes constantly. In 2014 he founded his independent Record label (www.musicproducerusa.com). In view of this, Gen Nady works towards developing an artist to conform to the latest trends. It is true that classical music can be great, but new trends are also worth noting. The pace at which new trends come and go can be confusing to even the most astute musician. Nevertheless, by working with Gen Nady’s team of professional talent managers, music producers, and marketers, you can rest assured that your music career is in safe hands. His team will guide you, advise you and work with you towards achieving success in the music industry.

As part of artist development, Gen Nady also offers tips on how to get the best out of your vocal singers. Recording vocals is one area that often causes problems to budding artists. Getting the best vocal performance is an area that Gen Nady has vast knowledge. He will not let you leave the studio with shoddy work. From how to hold the microphone, to how to use a pop shield, he has to make sure you get it right before stepping out of the studio.

Most independent artists encounter difficulties when it comes to distributing their content. In general, announcing a new release, publicizing your content and connecting with top music managers can be a hectic affair, especially if you are still making it out in the industry. Even making a submission for music related magazines online press is not easy. The fact is that the music and film industries are saturated with numerous artists. How you present your work to prospective fans, as well as managers, is what matters the most in these vibrant industries. Do not worry if you are an upcoming artist, and you are having trouble distributing your music content. Gen Nady and his team have all the necessary expertise in handling matters concerning distribution. New album press and media release, last album review, TV and Radio show appearances and tour management are some of the added services that Gen Nady and his team are good at doing.

What is more amazing about Gen Nady’s services is that he offers free contracts to all his artists. A number of production houses often require artists to pay a specific amount when signing a contract. These contracts can be expensive, especially if the production house is keener on making money rather than help the artist develop. All Gen Nady’s clients can rest assured that they will not have to part with any money when signing contracts. Nonetheless, after signing the “agreement of obligation to pay contract” clients are advised to make the necessary arrangements to settle their bills.

Independent artists and upcoming moviemakers often have trouble finding the right producer to work with. Lack of enough funding, poor artist development and deprived media exposure are some of the problems that budding artists face. Do not let your music career go down the drain just like that. The door is always open to musicians, and filmmakers looking for soundtracks and music-related productions. There is more. Gen Nady is also a songwriter and composer, meaning that he can write great music compositions for all artists having trouble composing their own songs. By joining his stable, walking down the red carpet will no longer be a far-fetched dream. It can be a reality if only you make the bold move to call. Furthermore, he works with not only independent artists, but also all creative artists and filmmakers across the board. If you are seeking professional guidance and someone who understands different approaches to music production, please do not hesitate to contact www.musicproducerusa.com. 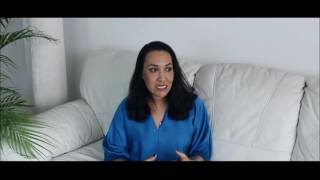 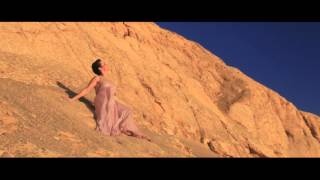 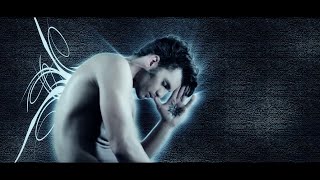 What Selling NFT’s Mean For The Music Industry

How To Become a Crypto Artist In 2021

What You Need To Know Before You Get A Music Publicist